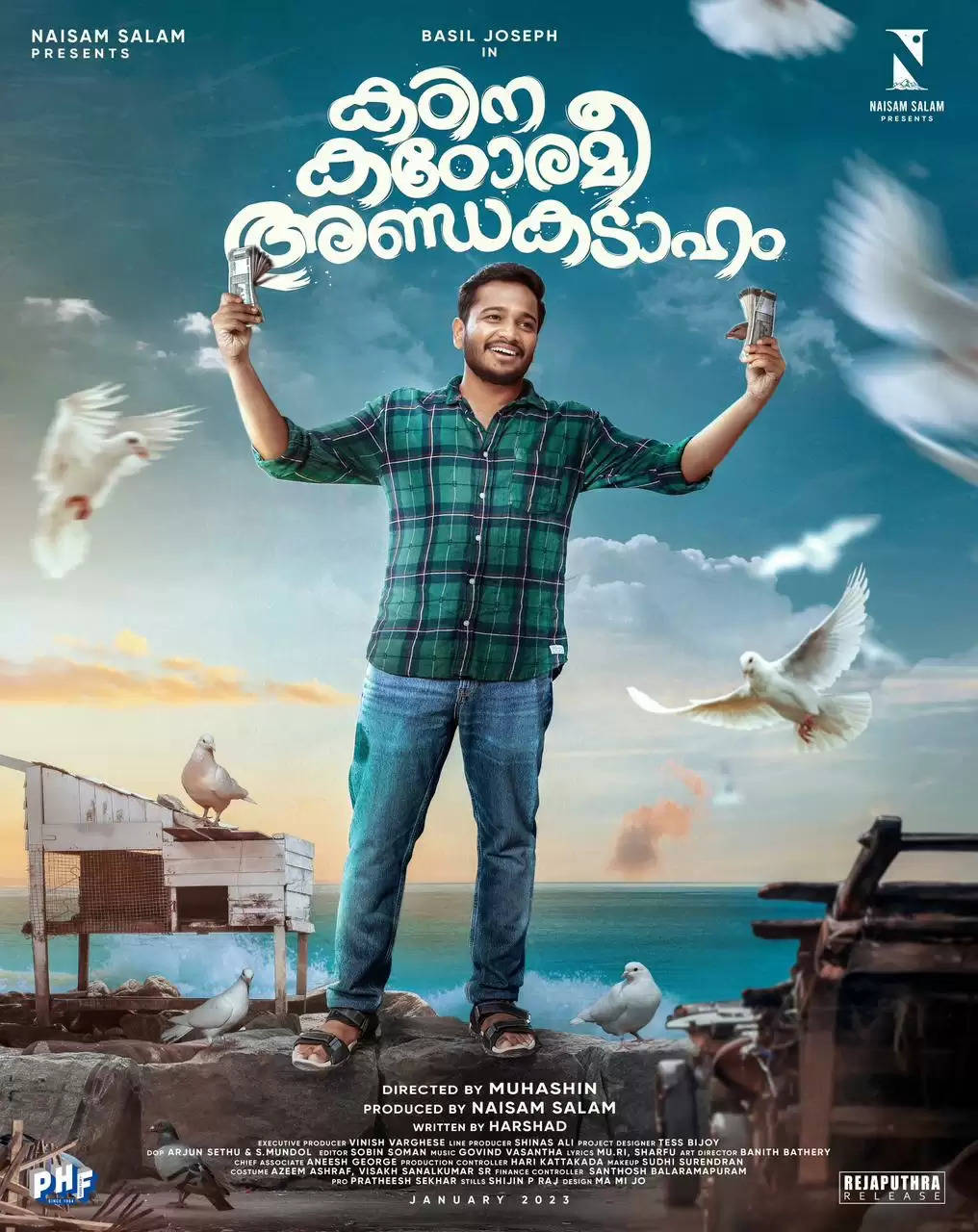 Kochi. Actor - director, Prithviraj has recently released the first look poster of Basil Joseph starrer 'Kadina Kadoramee Andakadaham'. The movie which is produced under Naisal Salam Productions is directed by Muhsin. Produced by Naisal Salam, the movie has its story and screenplay penned by Unda and Puzhu fame, Harshad.

The makers have shared that the movie will feature Basil in a first of its kind character, which is sure to be the next favourite of the fans.

is expected to hit the screens by January.

Cinematography by Arjun Sethu and S Mundol, the editing of the movie is done by Sobin Soman. The poetic lyrics of Mu.Ri and  Sharafu will be tuned by Govind Vasantha. Excecutive produced by Vinish Varghese and line produced Shinas Ali, the movie has Tess Binoy as the project designer. The team also has Binith Bathery as art director, Hari Kattakada as production controller and Aneesh George as chief associate director. Makeup by Sudhi Surendran, costume by Asim Ashraf, finance controller Santhosh Balaramapuram and stills by Shijin P Raj.

The movie which promises to be a feel good entertainer from Basil Joseph, will hit the screens by January. When Rejaputhra films will distribute the film in Kerala, Pars films will be handling the same overseas. Pratheesh Shekar is the PRO of the team.